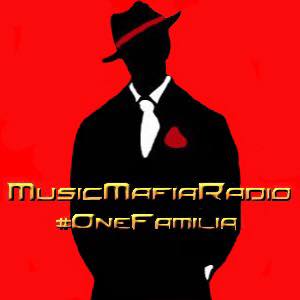 When I started on the musical adventure that is Cozmic Debris, I was ill prepared for what the journey would entail.  The time commitment is, at times, daunting and the very high expectations I’ve set for myself have frequently seemed unattainable.  However, the blessings have far outweighed the nuisances.  I’ve come to not only love the indie music scene, but I’ve made many connections that are blossoming into true friendships.  I’ve become obsessed with sharing every last bit of great music I can find, whether it be through social media or here on the blog.  In short, I’ve become a huge indie music addict!

For the last month or so, I hit one of those plateaus that are to be expected in an endeavor like this.  Growth occurs in spurts, and in between are flat periods of little or no growth.  Those times can be discouraging, and during a few of those periods in the past, I quite honestly found myself questioning my own effectiveness in doing the best possible job of bringing indie music to the forefront.  Obviously, I never threw in the towel, as I’m probably doing more at this point in time than any other point in this project.  I survived them all and grew stronger because of them.

This current time of flatness has taken on a much different form.  I’ve spent the time looking at what I’m currently doing and trying to figure out what I can add to the mix to take Cozmic Debris to the next level.  What could I do to bring even more visibility to the great and amazing talent that surrounds us?  All I had to do was reach out to one of those previously mentioned connections/friendships and ask a single question to find the answer, which leads to the announcement I have to make.

Earlier today, I officially joined the staff of Music Mafia Radio.  There’s still a lot of work to figure out exactly what that is going to look like, but we have it on a fast track to make it happen quickly.  I’ve committed to do some programming, and it only makes sense for me to help with their social media exposure (after all, that’s what I do).  I am excited beyond words at the opportunity, which is balanced by the anxiety and nerves associated with getting behind the microphone and doing live programming.  In my head, I know exactly what I want it to be, but the next week or so will be dedicated to shaking off more than a few years of rust.

For those not familiar with Music Mafia Radio, it is one of the most entertaining internet radio stations/podcasts out there that are exclusively indie, hosted on spreaker.com.  On top of that, the format includes all styles and genres of music, much like Cozmic Debris.  But most important to me is that the station has personality.  It is not one of those mindless automated playlist ‘stations’ that litter the internet, and it is not just someone simply announcing songs and then playing them (lather, rinse, repeat).  Instead, the approach of owner/personality Rick Landstrom is to recreate what I call the Golden Age of FM radio(1970-86), where the content between songs was as entertaining as the music itself.  However, the focus of every show is the music itself, and the support given to the artists in their catalog is a delight to watch.  They heavily promote artists, both on social media and their webpage musicmafiaradio.net.   The mainstays of their programming are their weekly Top 30 fan poll countdown and a series of artist interviews that allow musicians a great forum to discuss their music and give fans an insight into the world of the independent musician.  Both shows are wildly popular with fans and artists alike.

Broadcasting on Spreaker also gives them the unique ability to have an active group chat going on during their shows.  This chat provides yet another avenue for fans to interact with musicians, as it is common for both to be present on any given night.  I’ve personally witnessed artists planning collaborative works in the chat.  It adds an entirely new aspect to the ‘radio’ experience, one that is creating a true community of fans and artists.  And it is this sense of community, along with the pure entertainment value of the shows themselves, that made my decision to join the team a no-brainer.

Helping to grow the station is my number one priority.  Providing additional airtime throughout the week devoted to playing more indie artists is also right at the top of the list.  This is a pretty big jump for me, but it’s one leap of faith that I believe is an important next step in the evolution of Cozmic Debris.  Prayers that I don’t fall flat on my face are greatly appreciated.

I’ll share more details here as they become available.  Now it’s time to hit the studio and brush up just a little.  At least I don’t have to deal with splicing tape this time around!