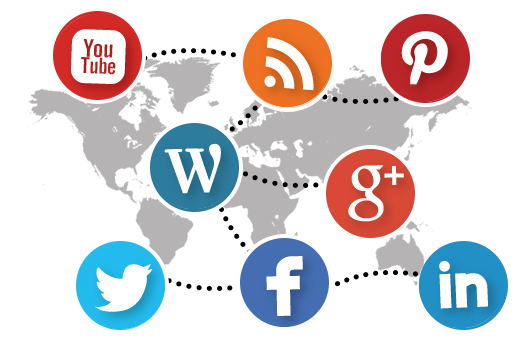 Over the last few weeks, I have seen countless examples of ‘leaders’ acting like spoiled children in a public forum. The behaviors exhibited have quite honestly made me glad that I’m past the age of having to raise children and teach them the tenets of respect and negotiation. Ego has replaced civility in many areas of our society, and I fear that simple things like basic manners are an endangered species, soon to go extinct.

When I started the whole Cozmic Debris thing, I wrote about the incredible energy and camaraderie I saw and experienced throughout the independent music community. I entered a world where there was as much energy expended by artists supporting and building up other artists as there was shouting out their own music. Radio stations were busy expanding their libraries and looking for listeners. Everybody was focused on the music, and it was a wonderful time to be associated.

However, as we enter 2020, the focus for some has changed and not for the better. Internet sniping and character assassination appear to be the popular flavors of the day in some circles of the indie music community, with building up the music taking a back seat to tearing down others. As a result, I find myself having the need to remind folks of the realities of the music world. Below are a few simple realities to keep in mind as we try to advance the cause of indie music.

This is not meant to discourage (because some of them are pretty brutal to accept), but rather to remind folks of the hurdles that must be overcome and accepted to have a personally successful and rewarding career.

Not everybody is going to like your music. This should go without mentioning, but I see many that don’t understand this basic tenet of creating art. The worrying part is the tendency of many to take it as a personal character attack and lash out in anger. In my role on the radio side of things, I encounter many great and fun people submitting music that doesn’t work for me. In some cases, I encounter artists with a large and faithful following whose music I just don’t get. None of this diminishes the quality of character of the artist and it is not a commentary on the art itself. Most of the time I am actively rooting for each of these artists to send something that resonates with me because I see the quality of the person behind the music and want to be able to jump on the bandwagon. The easiest way to make me look the other way (or not look at all) is to throw a tantrum or resort to personal attacks.

Personal disagreements and differences of opinion will happen. Again, it is sad that I must point out the basics, but this ties into basic human interaction. Much like the music itself, not everyone is going to look at aspects of the industry from the same point of view. Unfortunately, many feel that it is a requirement to have everyone think exactly as they do, expending great amounts of energy to accomplish this misguided goal. People are going to disagree with some of the things I’m writing in this article and I’m okay with that. If we can find a way to discuss those pain points that is devoid of ego and mandatory outcomes, I’m always here to talk. We must learn to agree to disagree when it is not important to the craft and creation of music. We must understand that opposing viewpoints are not automatically invalid because they do not mesh with our own personal values. One of the easiest ways to strengthen and grow the independent music community is to engage in a meaningful and productive debate of the opposing views and opinions to find the common ground that can be built upon.

Every one of us is replaceable. The reality of today’s music market is that there are hundreds, if not thousands of people doing exactly what you do, some of which are doing it better than you. There are no exceptions to this. I know this is a hard pill to swallow, but it is the truth. This applies to musicians, radio stations, publicists, music organizations, promoters, producers, mix engineers and any other position in the industry you can think of. And while we all contribute to the success of independent music in some way, none of us are individually essential to the survival of music as an art form. That being said, we should all continue to strive towards that goal of having an authoritative voice in the industry. However, that status will be determined not by your own bravado and view of yourself, but rather by the buy-in and respect of the larger community.

There is more music being produced and released than any single platform can even begin to promote. I read a headline a month or so ago that talked about the many thousands of songs being released every day worldwide. That doesn’t mean that everything being released is of the same caliber or quality, but it does mean that good music of all styles hits the market every day. The same goes for those of us in other areas of the industry. New stations are popping up at an incredible rate, new managers and promoters are making themselves known to the world every day. The competition for any kind of notoriety grows with each passing day. And because there is so much competition hitting the market, the marketing behind the music and the people behind the music becomes even more important.

How you choose to portray yourself will have positive or negative effects that may carry more weight than the quality of your craft. You want to be known as an asshole? Go for it. Do you live for spreading rumors and gossip about others? Knock yourself out. However, keep in mind that everything coming from you reflects on your musical brand and may or may not influence the success of your career. This applies to not only how much visibility your music will get, but it can also have a direct impact on your fanbase. In much of the world, society has tired of the constant negativity and the frailty of egos that surrounds us. Please understand that I am not saying that you are not entitled to your opinions. I firmly believe that we all have the right to speak our minds. I also believe that we all have the right to look the other way and move on when the words spoken do not mesh with our personal views and values. Are you willing to gamble the success of your endeavor on the reputation your own words create?

If you are more critical of others’ work than your own, you will never know musical success. Yes, you may gain some short-lived notoriety for your opinions, and if so, you better equipped to be a music critic than an artist. One thing I have learned over the last three and a half years is the amount of time and energy required to promote my own craft and I barely have the time needed to do that properly. I don’t have time to go on witch hunts to uncover those I feel are doing the business injustice. If you are not spending 99% of your focus on promoting yourself, you will fail. If you are hellbent on exposing the shortcomings of everybody else, you will fail. Spend your time on the beautiful things you create and be amazed by the reaction of your potential fanbase.

There are so many areas of society that are living in a world of immaturity. Let’s not make the musical world one of those places. We are all better than that. Set an example for the rest of the world and focus on the great music being created. The rest will work itself out, but only if we work together.