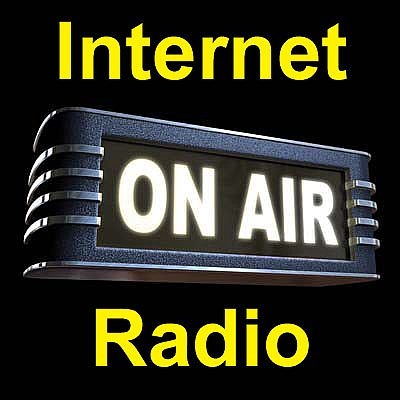 One of my duties at Music Mafia Radio is to review the countless submissions we receive daily. I spend countless hours a week going through these submissions to find the next group of emerging artists to debut into rotation. This is a part of the gig that I truly enjoy, as I get to listen to dozens of artists unfamiliar to me.

However, it is also one of the most frustrating, because of the large number of musicians that do not have a good grasp on the process of submitting music for airplay consideration. At Music Mafia Radio, it is not unusual for us to receive submissions with practically no information or no music. I can’t speak for all radio stations, but here are some of the things that can help prevent you from ending up in the “Deleted” folder.

What follows are some tips to help ensure that you get the listens form a station that you deserve. I can’t guarantee these will get you into rotation, but they will go a long way to helping you reach that goal.

Make sure your music is radio-ready

For most stations, this is the number one reason for submission rejection. For a Program Director, nothing is more frustrating than coming across a great song, only to have it presented with out of tune instruments, vocals too far down in the mix, a finished product that sounds like it was recorded in a living room or any number of other reasons pointing to a poor sound. In almost all these cases, the song gets immediately rejected.

In addition to these reasons, stations receive many submissions containing poor performances of great songs. By this, I mean that the songwriting is world-class, but the attempt by the songwriter to capture the song is flawed. Being a great songwriter does not immediately translate into being a great performer. This is easily the toughest rejection of them all because you know the song would be an instant hit if performed well. As I’ve said in other articles, I have a list of songwriters and artists that I’m rooting for to get the performance formula correct, but until then I have to pass on them.

Remember- just as the musician is trying to gain fans by getting airplay for their music, stations are attempting to attract listeners by offering a product that plays one incredible song after another.

A couple of months ago, we had an artist submit about a dozen songs for consideration- one song at a time (with no other information) in a dozen different emails. Other than clogging up the inbox a little (which really wasn’t an issue), submissions like this present a dilemma- which song is the artist wanting to feature? In addition, the odds are great that the decision to put an artist into rotation is usually going to hinge on whichever song is picked first from the pile.

I’ll be brutally honest- I typically make the decision within the first 45 seconds of a song playing and rarely move on to another song if multiple songs were submitted. I either like what I hear in the first song or I don’t. More importantly, I’m not alone in this approach. On rare occasions, I may be on the fence and move to a different song, but it doesn’t happen often.

I’m willing to bet that any given time, an artist has that one particular song they are trying to garner attention for. If that is the case, send that song and that song only and talk it up. Put your faith in your work. If you are simply trying to get on the air, send over one or two songs you feel represent who you are as an artist. If a station does grab onto your stuff, odds are they will quickly ask for the rest of your catalog.

Provide your music for airplay

While not being radio-ready is the number one reason for rejection, not too far behind it are the submissions containing several links to listen to music, but no product to use for airplay. Typically, these types of submissions will only link to Soundcloud, Spotify or several other listening destinations, and in our case, immediately go into a rejected status. I get what the artist is trying to do- if someone hears my music and likes it, they will reach out to get a copy for airplay. I just don’t have the time to chase around for airplay material, especially when I have dozens of artists already providing the music for me to use.

What the artist must consider is the part-time status of most station staff and the limited amount of time available to run the station. Just like the musician, there are other jobs to pay the bills and families and other responsibilities in life that take precedent over station operations. By providing everything up front, you stand a much better chance of gaining an ear.

One other request that will resonate with every station owner on the planet- make sure you tag your music! I spend multiple hours a month having to tag and correctly retag songs that we are putting into rotation. Understand that the tags are for the musician’s benefit- most automated royalty reporting relies on the information contained in those tags to ensure the artist gets paid. From the station perspective, many streaming outlets will not let music on the air without the proper information. Many stations will immediately reject you if tags are not provided.

Tell us who you are

Every week, we receive a number of submissions that contain nothing (and I mean nothing) but an attached mp3. No information about the artist or the music, no links to social media or a website. I liken that to applying for a job and only putting your name and address on the application. Many times, that mp3 is going to garner as much attention as the application.

Treat the submission as if you are applying for a job. Talk yourself and the music up and make an impression. You risk the possibility of being completely passed over unless you do something to catch the eye of the person reviewing the email.

Be prepared for rejection

On average, we receive about four dozen new submissions a week and we’ve come to realize that we can properly give an artist the proper amount of attention with a library of around 450 artists at most. If you do the math on those 48 submissions a week, that results in almost 2500 submissions a year. There is no possible way to include all that new music and maintain any sense of cohesive programming. Most of that music will never make it into rotation, and some of that music is going to check all the boxes above.

As a station owner and programming manager, this is easily the toughest part of the job for me. Having to tell an artist that they aren’t going into rotation with a particular song sucks. As a musician myself, I understand the tireless work and connection to every piece of music that is created. The art is incredibly personal. I never want to quash that.  You are going to get honest feedback when asked for it and it can be discouraging to hear that your project of love needs some work.  Take the feedback constructively.

My advice- if rejected, try again with the next song. As I have stated frequently lately, I have a list of folks I’m waiting on to give me their best. I can tell you I listen to every submission regardless of the music I have heard from an artist in the past, and I can point to more than a few artists that have made it into rotation on their second, third and fourth tries. Persistence in the music business should be a given in the musician’s toolbox. Never give up!